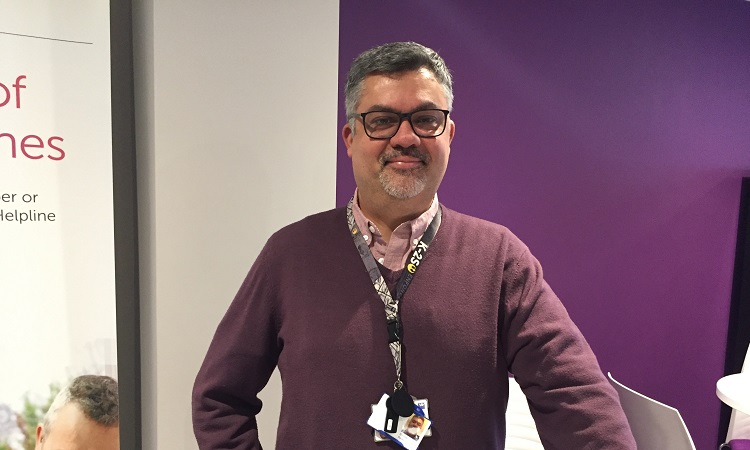 Epilepsy has a huge effect on people's lives; it can prevent them from driving, working or even sleeping. The added stress can also have a detrimental effect on your mental health. That’s why we work hard to create a working environment where people feel supported and able to talk about their condition.

For International Epilepsy Day, we spoke to Development & Engagement Consultant for Health Services (part of AXA UK), Peter Delves, who was diagnosed with epilepsy when he was 21. He's been making a real difference in creating an open culture and ensuring that people with issues have the support they need.

“Epilepsy is essentially an overload of electrical signals which can short-circuit your brain. If you aren’t fully controlled through medication you can have a number of seizures. The classic example often seen on TV is convulsions, followed by falling to the floor and all the symptoms that come with that. Sometimes it is just twitches in your arm or hand, or you can have what’s called a ‘vacancy’ which is when you just stare into blank space for a long time.”

For Peter, it was a long journey to come to terms with his epilepsy.

“I found out when I was 21. It started happening at the end of college. I went to see the GP and went through tests and scans. But once you've been diagnosed, you need to find the right medication. If you’re on the wrong dose, either too much or not enough, it can also lead to seizures. It’s about finding that balance. For me, that took 9 years.

“Prior to AXA when I was searching for a job, I did feel that the jobs I had applied for which I didn’t state I had epilepsy seem to get a response, and the ones I did mentioned epilepsy I didn’t get a reply. There was definitely prejudice then, but I don’t see it here at AXA. At AXA, we’re more willing to talk about it, and the more you do the more you normalise these conditions.”

Peter’s has helped him to start a conversation and create an environment where people can share.

“One of my roles is to look after internal comms for Health Services. This consists of writing newsletters and official communications. Additionally, the engagement part is where I help improve the culture of the company. This often involves travelling between offices and facilitating conferences and roadshows. AXA has allowed me to speak about my condition more openly, which means people approach me. I think that by AXA being very open and having these blogs, it has allowed people to start talking about it and feel more supported. The general culture of AXA is not being judgmental. If they weren’t like that, people would be a lot more closed off about it.”

Peter felt comfortable discussing epilepsy straight away when he came to AXA. “When you get that first 1-2-1, you can mention it. It’s about how open and honest you are. I’m quite honest and talk to anyone about it, because I found the more I talk about it the better I felt about it.”

How to help a colleague when they are having a seizure

It can be frightening if a friend or colleague of yours has a seizure. For many it's a new experience, so Peter has some advice for if you find yourself in that situation.

It's important to us that everybody working at AXA feels supported with their health and wellbeing. A huge part of this is being able to talk about their condition with colleagues. If you share our values, consider viewing our careers page to see if we have the right vacancy for you.