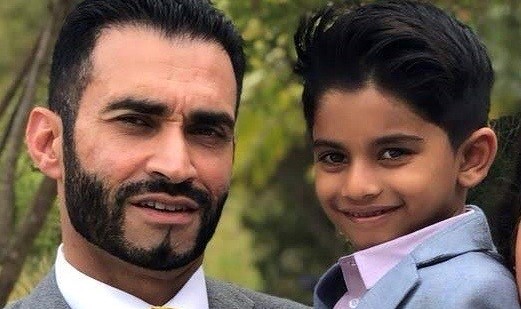 We all have a role to play to influence and shape society, to create a level playing field where everyone can reach their full potential and to make a difference for the better. Our employee, Sam Patel Chief Counsel and Executive Sponsor of our employee resource group representing ethnicity, shares his views on the recent events.

“The abhorrent killing of George Floyd has brought to the surface the sadness felt by millions over the many race-based discriminatory acts, and the deaths of black men and women.  Whilst watching the events unfold in America, my 7 year old turned and asked me why people had been shouting “Black Lives Matter”.  It was late and, in my haste to get him off to bed, my response was rushed. He then asked “..but daddy…, don’t all lives matter?”.  Many, like him, innocently revert to ‘All Lives Matter’ to put everyone’s life on equal footing and convey a sense of unity, which is a sentiment that comes from a good place. But the problem is, it can detract from those who need it most, particularly now.  Of course every life is valuable, but not everyone's lives are in danger due to the colour of their skin. Saying "Black Lives Matter" is not the same as saying other lives don't, but rather that Black lives should matter as much as White lives.

Sadly, racism exists in all societies, including our own. Sometimes, the effects are shocking. At other times, might be subtle or unconscious. The evidence is overwhelming that unconscious bias seeps into decisions that affect recruitment, access to healthcare and outcomes in criminal justice in ways that can disadvantage people from ethnic backgrounds.

There’s lots more we can all do for the better. We need to work harder at improving outcomes for so many of our friends and colleagues from black and ethnic minority backgrounds. But I remain optimistic, as never before have I experienced so many people wanting to show their support. We can all start by checking in with each other, ask colleagues how they're doing and what they need, have empathy for what others are feeling in these times. For those of us who are invested in working toward equality, it’s important not to only see colour, but to work on levelling the playing field for everyone”.