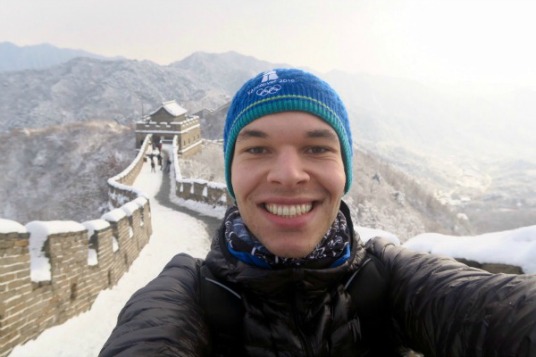 As the lucky winner of the first ever Great Global Adventure by AXA, Will Moore has already enjoyed some incredible experiences. His prize was unlike any other; an all-expenses paid trip around the world including a volunteering opportunity, as well as completing two different internships with international AXA teams.

As avid followers of Will’s Adventure, we’ve celebrated his successes and explored the sights with him. So what top ten facts have we learned from Will and his Great Global Adventure so far?

Great walls and warriors – what Will taught us about China

Gers and Genghis Khan in Mongolia

What’s next for Will?

As his first leg of his journey draws to a close, we’ll see Will back in the UK to spend Christmas with family. Then Will jets off in January to take part in a voluntary community-work opportunity in Indonesia. Soon after, he’ll be exploring Australia and New Zealand, going on to tour South America from Lima to Rio. He will round off his globe-trotting adventure by joining the AXA Lab in Silicon Valley, San Francisco for his second internship experience.

Do you want the chance to live, work and travel across the world? Register now at www.greatglobaladventure.com for the first chance to play the Great Global Adventure by AXA, and have the adventure of a lifetime.