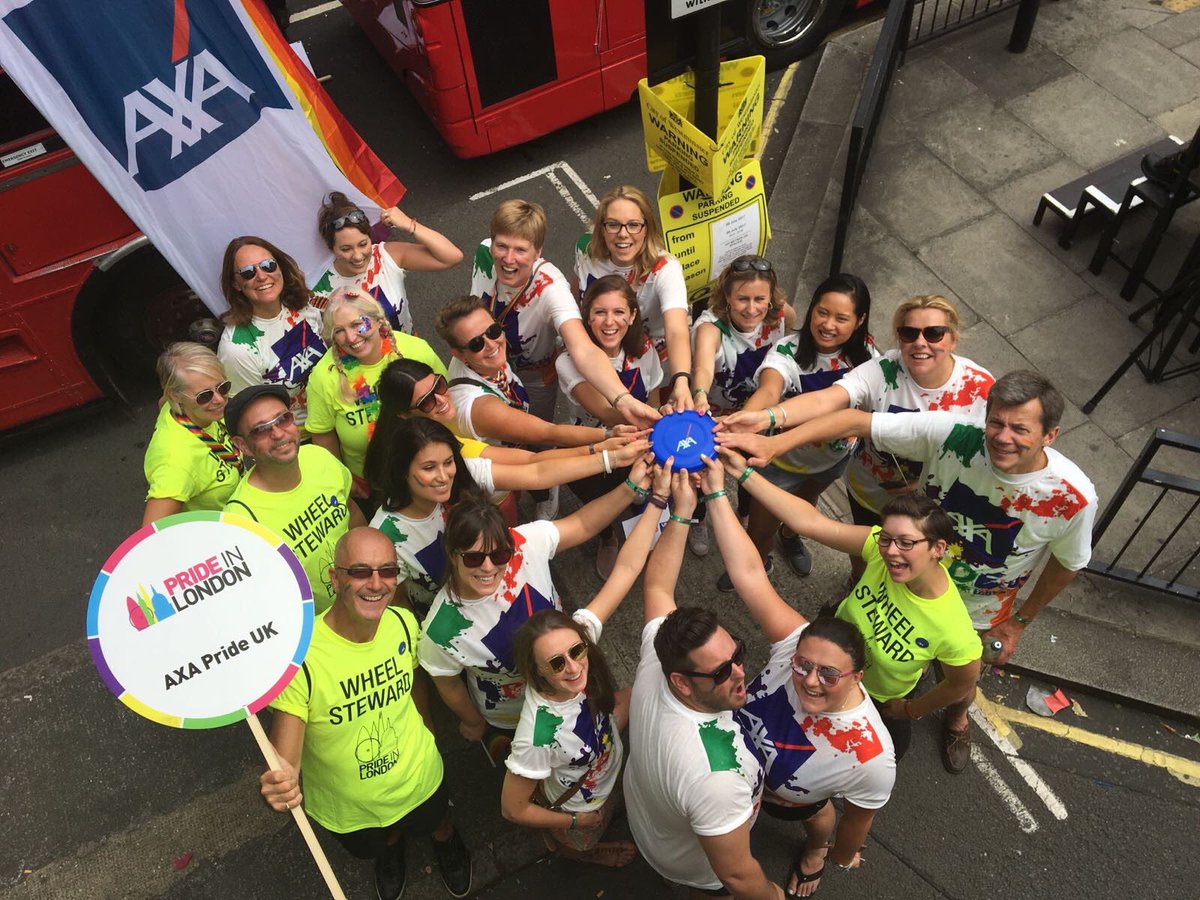 Mark Shields, Relationship Manager and Chair of AXA Pride UK, explains why Pride is so important to AXA and why you should always be able to bring your whole self to work.

People perform better when they can be themselves. And making sure everyone feels fully included in their work place helps to make sure they reach their full potential. That’s why Pride is taken so seriously here at AXA. It’s not an afterthought or a tick in a box. It’s a commitment to embracing everyone across our business and making them feel supported, welcome and included – regardless of their sexual orientation or gender identity.

Mark Shields joined AXA nine years ago as a Team Leader in our Ipswich office. He found it to be one of the most open places he’s ever worked in. “You’re always a bit worried when you start a new job, but I was put at ease very quickly – everyone was open and honest and it was a really diverse office,” says Mark. “And as I’ve moved and progressed through different jobs, I’ve never had any issues – my sexuality has never been discussed, there haven’t been any odd looks or feelings. It’s really inclusive here.”

A passion for Pride

Mark’s now a Relationship Manager for AXA Insurance, which means the majority of his work is focused on external partners. But, he joined the AXA Pride UK Employer Resource Group (ERG) three years ago, working closely with the then Chair, Michelle. He was quickly made into a Co-Chair and when Michelle left, it was a natural progression for him to move into the role. “For me, this role is a passion, not a chore. While the group has been around for the past three or four years, it’s slowly been building in size and importance. The openness here is amazing – people really feel like they can be themselves – you don’t have to lie about your sexuality or the relationship you’re in. It’s also great that we’ve had support from senior people across the business, which means there’s an increasing acceptance across the business.”

For the past few years, AXA has taken part in the London Pride parade, but this year the company was one of the sponsors, which was the source of lots of excitement across the business. On Saturday 9th July, over 100 people from AXA wore AXA Pride UK t-shirts and rode an open top bus, giving out lots of freebies, including flags, Frisbees and badges. “It is so great to see AXA supporting Pride,” says Mark. “My fondest memory was when we walked down the parade route and they announced company names – people were pretty surprised to hear AXA! I heard people saying ‘I have my insurance with them!’ It’s great that a company like AXA is getting involved. It challenges people’s perception of you as an employer and it’s great that we’re changing opinions in a really positive way, it shows that we’re an inclusive employer and that you can be yourself at AXA.”

For Mark, being part of AXA Pride UK ERG is fantastic because it’s given him a huge amount of facetime with people across the business and opened new doors, both professionally and personally. His aim for the ERG is to have representatives in each office across AXA in the UK. “We need to make sure that we touch every entity and look at how we can offer further support across the business. We’re doing a lot, but we’re just at the tip of the iceberg! We’re looking at the market and seeing what other companies are doing and we know there’s so much more we can do here,” says Mark. “We also recognise that other companies can learn from us and the journey that we’ve come on. We’re always looking at what we can do next, not only in the working environment, but in the local community, too.”