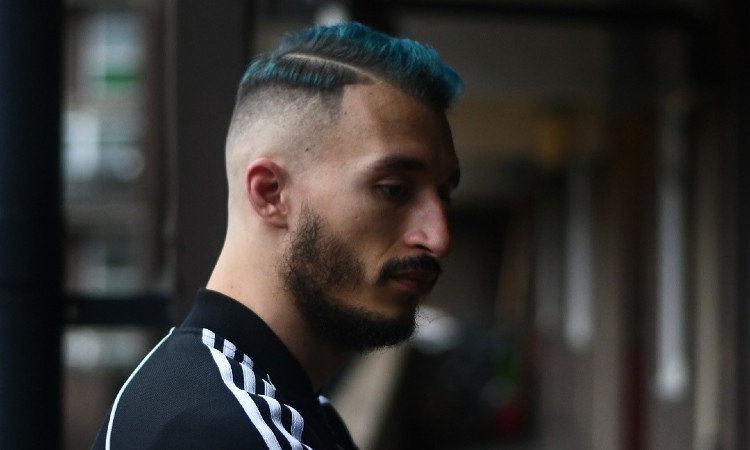 AXA Senior IT Security Officer, Ioan Nascu, talks about how he’d like to remove the stigma around HIV and shares what the AXA Pride employee resource group (ERG) is doing this year for World AIDS Day.

I work in the AXA UK Security team and recently took part in the National Coming Out Campaign where I spoke about being HIV positive. It was also how I came out to my department about living with HIV as I’m still a rather new addition to my team. The most encouraging reaction to the campaign was people sharing the podcast and listening, which is all I could ask for. I truly believe that if everyone understood the current science and progress around HIV, there would be no stigma.

Our AXA Pride ERG campaign for World AIDS Day is ‘Science Not Stigma’ and focuses on a simple message: U = U, which means undetectable means untransmittable. Put simply, people living with HIV on medication and with an undetectable viral load can’t transmit the virus sexually.

Stigma around HIV is predominantly caused by a lack of misconceptions about how the virus is transmitted or how people living with HIV are affected by it. Many in the UK might remember the government backed ads from the 1980s featuring tombstones and a doom and gloom message. Modern medicine has advanced immensely since then and the reality is that people living with HIV should have no reduction in the length or quality of life. In fact, there’s actually evidence that their life span might be longer, as regular medical check-ups mean other medical issues are picked up faster. Most importantly, two huge studies spanning over five years, decisively showed that science backed the U = U message, that people living with HIV on medication and an undetectable viral load can’t transmit the virus.

I believe the best way to remove stigma is simply to share the message that undetectable means untransmittable, and to ask people not to be afraid to ask questions if they don’t know something. Information security has a good tenet that can apply to fighting stigma too: ‘trust, but verify’. We have such great – and free – access to knowledge these days that everyone should be encouraged to fact check any ideas or fears that they have in their heads.

I had many people reach out after the podcast to let me know they’ve learned a lot and that’s really the best reaction I could get. As lovely as the sound of my voice is, it’s a 20 minutes podcast on a topic that for many might seem quite fringe, so even the fact that so many took time out of their busy days to listen is fantastic. My manager has always been supportive about my regular, quarterly doctor appointments, and also without being intrusive (while I am quite open about my status, many others would prefer not to disclose their status), there’s really not much else to manage.

The AXA Pride ERG is a great way to meet other queer people within the company, and a good opportunity to get involved with initiatives that better the lives of LGBT+ individuals. The Pride ERG will also be organising an online fundraiser for Positively UK, a nationwide charity working with people living with HIV. As HIV is not solely an LGBT issue, AXA Pride ERG is reaching out to all the other diversity network groups to work together on reaching as many people as possible.