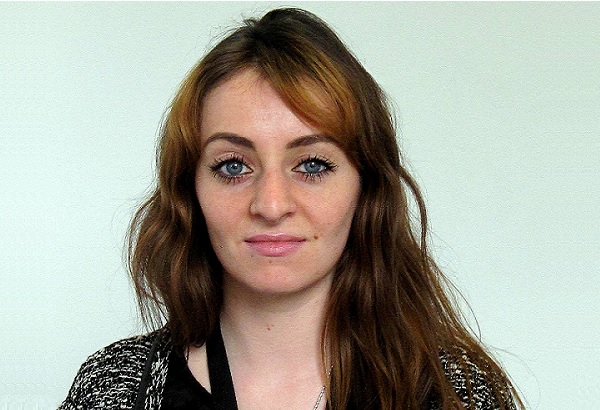 I’m Abigail and I’m on the Actuarial Graduate Programme. There are four operating companies under AXA UK and there were three actuarial graduates (me being one of them) employed the year I joined - each one in a different company. Initially I was expecting to go unnoticed for a few months while I settled in, but I was given responsibility from day one. It’s meant I’ve had to find confidence from within as there was nobody who was going through it with me - nobody to tell me to speak up in meetings or when to study. However, I have learnt a lot more and I’ve been trying to reach the level of those above me the entire time so the progression’s been fast.

I chose my programme because I’d studied related modules in my undergraduate mathematics course and found them to be the most interesting. I’d also completed a three month fixed term contract for AXA in the summer between my second and third years at university, and really enjoyed my time because of the employees, values and work culture. Although there were other companies offering an actuarial programme, I appreciated AXA’s values and work environment, and felt comfortable here.

I’m an analyst so you wouldn’t think there’s much room for creativity in my day-to-day role, but there is! In fact there are an infinite number of ways to write codes which carry out the data manipulation or analysis you want, so it’s up to the analyst themselves to combine their intelligence and talent, education and creativity in order to produce the output that’s required. Sometimes projects can be done in a straight-forward way, but the best pieces of work are planned and well thought-out and hence run very quickly, efficiently and logically.

I’ve certainly found aspects challenging in my current placement. Probably the biggest and most noticeable is learning good use of excel, and learning to code in SAS. It’s basically learning another language, and it’s vital for my role. It was difficult to go from no coding background to be able to write something which would do what I want it to! At the time I was worried because I thought I’d never be able to pick it up; it was such a strange concept for me. But now I get it.

Personality wise, I was expecting to meet lots of the same person, lots of mathematically-minded people, but actually there are many different people, all with their own way of doing things. Some enjoy the technical side and are very logical, others prefer the business or profitability element to the work we do. Others again are very creative and quick-thinkers and are good at bridging the departments together. As a graduate this is important if you want to have a balanced development - you need all types of people to influence you.